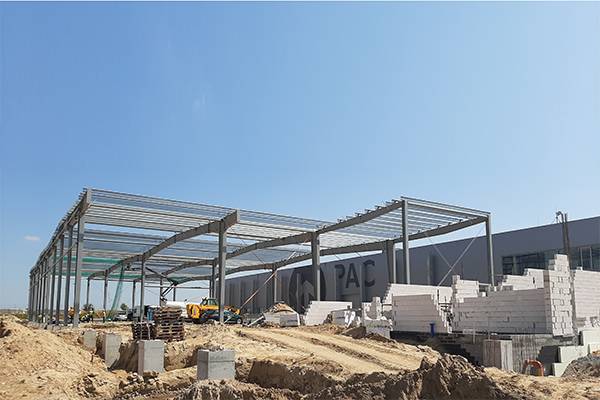 The Polish Assembly Center, which is part of the Dutch B&C International Group that produces roller blinds, is going through a dynamic development. Due to their need of the increased production and storage space, the company decided to expand its headquarters in Śrem for the second time.

The plant was first built in 2011 and it was later expanded in 2013. Now, the surface of the plant producing fabric roller blinds will increase by 3,500 m2 to give a total area of 16,500 m2 (including the office part - 1,500 m2). Production and warehouse buildings will be constructed in Astron technology. Works are scheduled to be completed by the end of 2021.

From the start the investor chose W.P.I.P. as a general contractor of the investment, who are carrying out the project in the "Design and Build" formula.