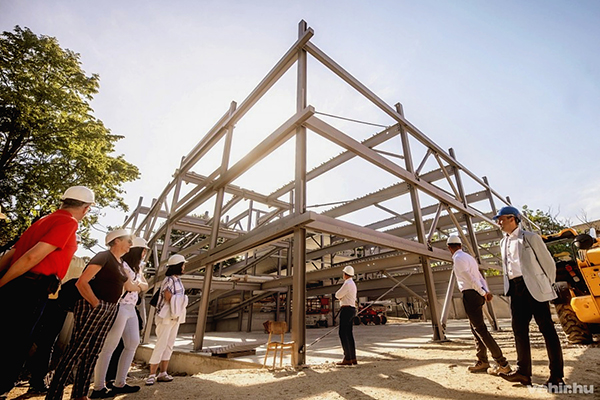 Veszprém is a small city in the heart of the Bakony-Balaton region in Hungary. The historical city is preparing the Veszprém-Balaton 2023 European Capital of Culture event with new investments such as the renovation of the former children's hospital and a 5 600 m2 car park.

The VIP media day in Veszprem recently took place in Veszprém to present the construction works to transform the image of the city. A guided tour was organised by the mayor. He detailed Veszprém's goal of being one of the 20 most livable cities in Europe in its category by 2030. This includes providing the right services to those who live here with the right infrastructure.

As part of the tour, they visited Astron 5 600 m2 car park job site. The parking possibilities are expanded with a 154- parking lots, serving the movement center of the children's hospital and the parking needs of the residents. The facade of the three-storey car park will be covered with amber.