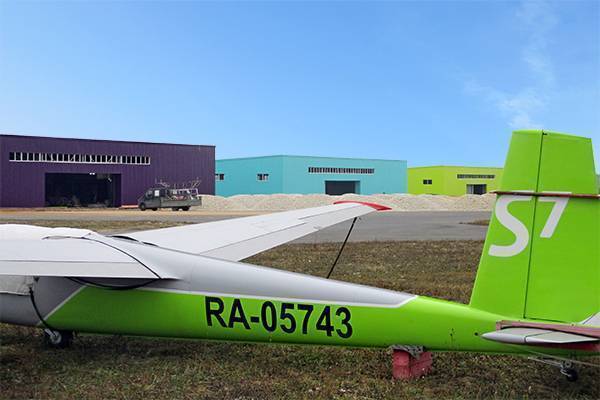 From as early as 1988, our first experience “at our home” (in Findel, Luxembourg), we’ve built over 40 projects at airports in 14 countries, from Algeria to Iceland, La Réunion Island and Hong-Kong, most of which host aircrafts of various sizes.

These colourful hangars are yet another example:

S7 Airlines is the largest private airline in Russia, with the most modern fleet in the Russian air transit market. They have an extensive network of routes which allows passengers to travel to 181 cities in 26 countries across the world.

S7 airlines decided to build three new aircraft hangars to store their helicopters, Cessna and Epic aircraft. Astron and Russian Builder Partner Stinerzhiproektstroy were entrusted with the construction of the aircraft hangars. It was the visit to the Astron plant in Yaroslavl that convinced the customer.

The new hangars have an area of 1,300 m² each. They have a length of 25 metres and a width of 52 metres. The interior has been designed without any disturbing intermediate columns and this facilitates the parking of the aircraft. The front doors can be opened so that the aircraft can easily enter

Walls and roofs are made in S7 corporate colors, including the LMR600 roof. 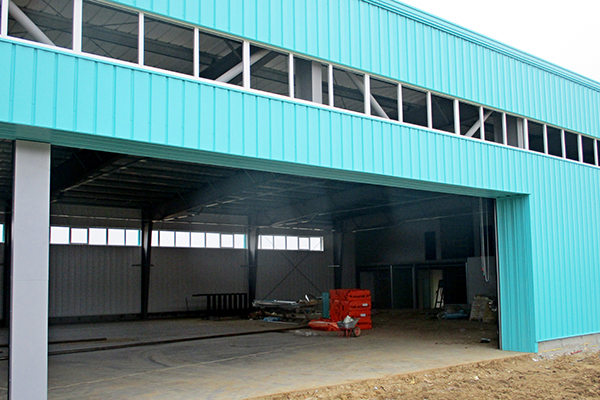