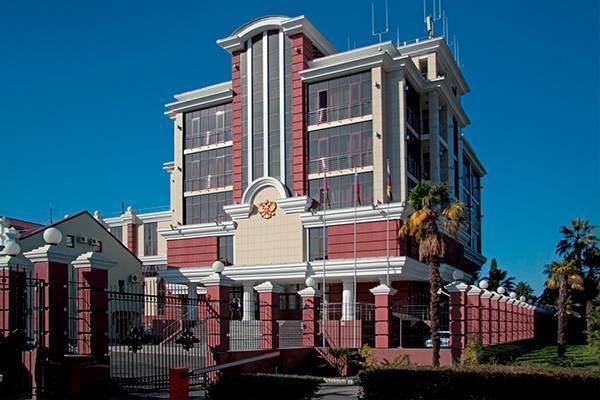 Looking at this beautiful building resembling a mansion of the early 20th century, one can hardly imagine that it has a metal frame inside, but it is so. This steel building was designed, supplied and erected by Integro Steel, Astron Builder in Rostov-on-Don.

The project started when the general design contractor contacted Integro Steel, as they had already collaborated on a project of a supermarket before.

Originally the building was planned with a nine-storey section, but after coordination with the State Architecture Department, some public hearings and engineering-geological survey the number of storeys was reduced to five. Construction site is situated in the 5 wind with 9 points seismicity region.

The building has a complex shape and consists of two sections:

The building has already been put into operation, the Customer is completely satisfied.